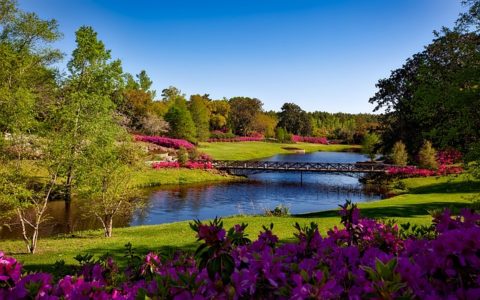 The United States is a great country, and each one of its states has its own story and atmosphere. Its own rich culture and landscape worth to be visited, the combination between modernism, technology and natural environment is totally awesome, you can spend years visiting and enjoying all that USA has to offer to tourist.

The State of Alabama

Alabama is one of the fifty states of the USA, it was admitted in the Union on December 14th 1819 as the State # 22. It is located in the Southeastern region of the country, like many other states of the South, its economy was based in agriculture and it actively participated in the Civil War. The Capital City is Montgomery and the most populated city is Birmingham, the oldest city is Mobile.

Beyond those facts, Alabama is a beautiful place to visit with very hot summers which are among the hottest in United States, its winters are mild. This state has several rivers and lakes, a bay and at the south it has a coastline at the Gulf of Mexico, that means that this state has very varied landscape styles.

The weather is humid subtropical it has thunderstorms, tropical storms and even hurricanes, and if you are planning to visit Alabama you definitely should avoid the tornado season because this state, along with Oklahoma, has the most reported EF5 tornadoes of any state and they even has a secondary tornado season.

What to see in Alabama

Alabama has many touristic places you can´t miss, they have places with a relevant history and also stunning beaches, mountains, forests, awesome cities each one worth to be visited by its own merit, an exciting nightlife, amazing restaurants and more. This state has been inspiration for music and scenery for films like the famous Forrest Gump.

Visit cities as Mobile which is the oldest city established in 1702 by the French and was a colony of France, Britain and Spain, that makes it a city with a very rich cultural heritage, full of museums and historic places. Birmingham its the cultural and entertainment capital of Alabama it has many major museums, ballet companies, amazing nightlife and more

The USS Alabama; was a battleship who served in World War II on 1942 and on1964 it was taken to Mobile Bay and became a Museum, this battleship which was added to National Historic Landmark registry on 1986 has appeared in several films.